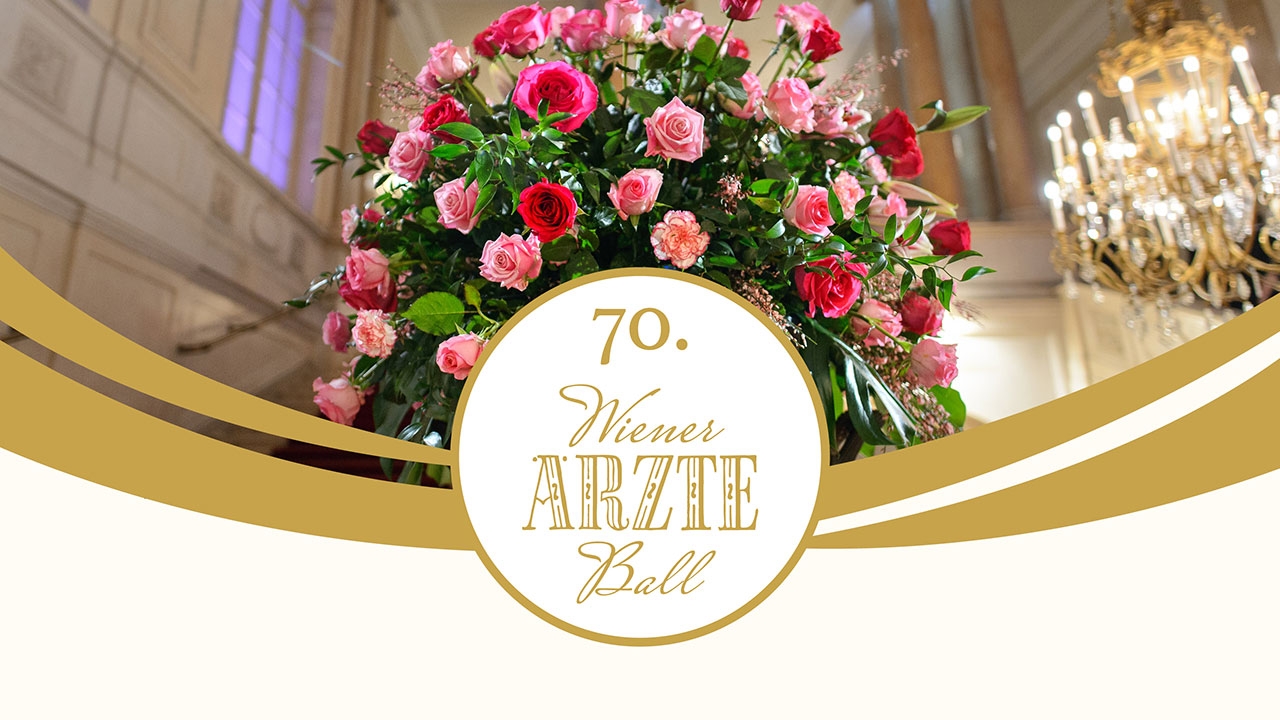 2020 will be a special anniversary, as the Vienna Doctors' Ball celebrates its 70th anniversary.

In 1949, the ball was first held in the premises of the Vienna Konzerthaus. Besides two exceptions, the dance ball, which is organised by the Vienna Medical Doctors' Chamber, took place annually. For the first time, the Hofburg was chosen as the venue for the 14th Vienna Doctors' Ball on January 26, 1963, and from then on it was held there every year on the last Saturday in January.    Each year, the Vienna Medical Doctors' Ball has as well a special motto that looks like a thread that runs through the evening. By 2020, guests will experience the "magic of the musical".

Each year, the Vienna Medical Doctors' Ball has as well a special motto that looks like a thread that runs through the evening. By 2020, guests will experience the "magic of the musical".  Musicals are popular pieces of music that combine song, dance, drama, dialogue and music in a consistent framework. The history of the modern musical began in New York in the 1920s, but was soon spread along the New York Broadway to the London's West End, both of which are still considered metropolises of the musical. Starting from these centers, the musical has found worldwide distribution. Thematically, a wide range of tragic as well as humorous stories are used, which play at different times and in different places. Musically, a wide range of stylistic influences is recognisable: from pop music, dance and light music to jazz, swing, soul and rock 'n' roll. In terms of genre history, elements of drama, comedy, revue, operetta, variety and opera have influenced the development of the musical. The musical is a wholistic piece of art.

The guests of the Vienna Medical Doctors' Ball have this time the opportunity to make a trip through the world of musicals in just one evening, and there is certainly something for every taste. Don’t miss the highlight of the ball season and secure your ball tickets already now! From now on you can purchase the ball tickets on our new website.

Since 2013 the Vienna Medical Doctors‘ Chamber organises at the ball a casino under the motto „Vienna Medical Doctors’ Ball goes Charity“. The ball guests have there the possibility, to try their luck with popular games like Black Jack or Roulette and win prizes while doing something good as every played bet is being donated to a charity organisation. At the ball night of the 26th of January 2019, the ball’s guests contributed a substantial sum while playing at the casino, and thanks to many sponsors, donations of the Honour Guests of the ball and the support of the artists performing at the ball, a respectable sum was achieved. Altogether 100.000 Euro were donated this way to „#wirtun“, a Caritas-project.    A big thank you goes therefore as well to our loyal sponsors and partners: Österreichische Ärzte & Apotheker Bank AG, Porsche Inter Auto GmbH, DM Drogeriemarkt, Daunenspiel, Casinos Austria and MOTTO Catering.